68 perfectly groomed runs in all levels of difficulty, 179 km of ski runs, 36 km of ski routes, 54 cable cars and ski lifts and 56 romantic ski lodges: this is the Kitzbühel ski area. Operated by Bergbahn AG Kitzbühel, one of the largest cable car companies in Austria. In 2013, 2014 and 2015, Kitzbühel was named the "best ski resort in the world". Skiresort.info, the world's largest test portal for ski resorts, has tested the resort extensively in 18 categories.

Your wedding location near Kitzbühel 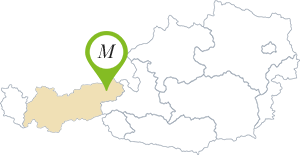